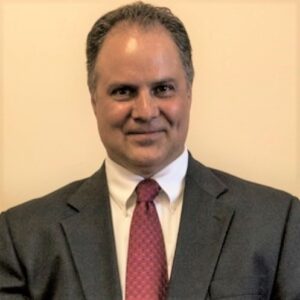 Greg Allen is experienced in handling a diverse array of legal issues involving, among other things, Indian affairs, environmental regulation, insurance, land use, criminal matters, ethics, compliance, racing and wagering, alcoholic beverage control and the State Budget. He has significant government experience in New York at both the State and local level, having served as an attorney in the Governor's Office, Department of Environmental Conversation, State Insurance Fund and the offices of both the Columbia County District Attorney and Public Defender.

Mr. Allen was responsible for implementation of tribal-state gaming compacts between the State of New York and several tribal governments, including the Oneida Indian Nation of New York, St. Regis Mohawk Tribe and Seneca Nation of Indians. Pursuant to the federal Indian Gaming Regulatory Act (“IGRA”), the most recent of these compacts was entered into in 2002 between the State and Seneca Nation and authorized the construction and operation of three gaming facilities in Western New York. In 2005, Mr. Allen was instrumental in negotiating legislation authorizing the St. Regis Mohawk Tribe to operate slot machines. His experience also includes non-Indian gaming activities, including horse racing, pari-mutuel wagering and lotteries. He played a significant role in the implementation of the State's Video Lottery Terminal (“VLT”) program authorized under Chapter 383 of the Laws of 2001.

Among his other duties in the Governor's Office, Mr. Allen served as Ethics Counsel, Records Access Appeals Officer, and Executive Director of the New York State Judicial Screening Committee.

In his most recent position as the General Attorney of the New York State Insurance Fund (“NYSIF”), Mr. Allen advised on all matters of law arising from any contract or policy of insurance issued by the approximately $12 billion fund. NYSIF is a nonprofit, self-sustaining public agency which provides low-cost workers’ compensation and disability benefits insurance to employers within New York State.

As Associate Counsel at the Department of Environmental Conservation, Mr. Allen served as program counsel to the Department’s Division of Water, which was responsible for implementing the State Pollution Discharge Elimination System (“SPDES”) for wastewater discharges to surface and groundwater under the federal Clean Water Act.

As Assistant District Attorney in Columbia County, New York, Mr. Allen prosecuted both misdemeanor and felony cases, including grand jury presentations. He also has criminal defense experience from his service as an Assistant Public Defender.